The Legacy of Afghanistan Is A Future Of Drone Wars 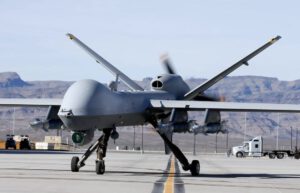 From the perspective of history, the U.S.-led war in Afghanistan may be most significant as the driver of a step-change in drone warfare.

In 2000, the U.S. Air Force and CIA did not have a single armed drone; by the end of 2001 drone strikes had become an important tactic against al-Qaeda in Afghanistan. Since then drone operations have ballooned, and have been used by U.S. forces in many other theatres. Large drones are starting to break out of the counterinsurgency role into more traditional warfighting, and portable tactical drones play an increasingly important role in infantry combat. None of this would have happened without Afghanistan.