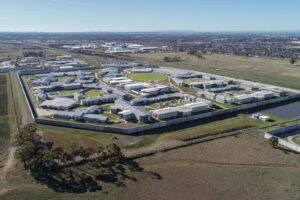 Prison authorities are fighting off an aerial invasion by drones being used to smuggle drugs and other contraband into Victorian jails while the system has been in lockdown during the coronavirus pandemic.

The airdrops, containing packages of pharmaceutical-grade narcotics and street drugs such as heroin, have kept the jailhouse drug market alive after a ban on face-to-face visits in March cut off the most common supply route.

Corrections Victoria received 97 security incident reports from prisons about remotely piloted vehicles from March to early November, up 246 per cent compared to the full year before COVID-19 struck.

Prison authorities were caught ill-prepared to counter the high-tech threat and have scrambled to install drone detection equipment at five of the prisons considered most at risk.

Documents obtained by The Age show drones have slipped past prison defences that until recently were hobbled by a reliance on manual observation by patrolling officers and CCTV to protect airspace over the sprawling complexes.

One incident report, released through freedom of information, shows authorities failed to detect a drone incursion despite the delivery apparently being made in daylight.

"Review of CCTV footage shows a package appearing from the sky and drone within the sky. Prisoners can then be seen searching within the area, with one prisoner retrieving the package," a report from July said.

Another smuggling run was detected weeks later, only because of a tip-off.

"Information inside was that a drone had been used to drop heroin and buprenorphine off to prisoner [redacted] about three weeks ago ... It was ascertained that a drug drop had been organised for March 19. CCTV was reviewed [redacted] … Management informed," an investigation found.

The 97 drone-related security incidents include sightings, interceptions and intelligence reports about planned or suspected deliveries sourced from informers and wiretaps of inmate phone calls. Corrections Victoria has declined to comment on details of the incidents or confirm whether any contraband was seized.

The surge in drone-related activity is being attributed to COVID-19 lockdown conditions imposed across the prison system in March, which have cut off normal smuggling routes, with visits banned.