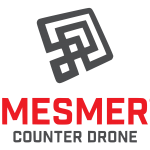 MESMER is in a constantly active state protecting infrastructure and personnel 24/7 from drone incursions.

When sensors detect unauthorised drone activities within the secured perimeter, MESMER automatically identifies the invader, intelligently selects and applies appropriate strategies to inhibit the threat and can issue an immediate alert to systems or staff. When required, MESMER can utilise its patent protocol manipulation to take control of a target drone or controller, either automatically or on the operator’s command.

UP TO 5km DEFENCE RANGE

What are we protecting?

Drones have proliferated in the consumer and prosumer application markets. Unfortunately, some drones are being used for nefarious purposes. Drones have been weaponized to carry dangerous payloads, and have been armed with optics that can surveil friendly force movements or capture a company’s valuable intellectual property.

And more. Mitigate threats safely with MESMER. How will you use MESMER?

Proactively take control of the low altitude airspace above your assets.

MESMER’s patent technology has been developed by highly respected and experienced ex-military personnel who understand the complexity of operations in hostile environments.

Built to operate instantaneously and autonomously, MESMER simplifies the protection of your assets.

Deliver a KNOWN outcome to intercepting drones, unlike the risks of using jammers or kinetic weapons.

A fully functional API enables MESMER to operate as a stand-alone system or easily integrate with security applications and hardware to address unique and complex situations.

Department 13’s MESMER counter-drone system (pictured below) is a unique and patented drone mitigation solution. MESMER is low power, non-jamming, non-line of sight, and non-kinetic. MESMER provides a safe and effective method of protecting personnel and infrastructure from dangerous drones. The key differentiator for MESMER is its ability to manipulate weaknesses in all digital radio protocols. This allows MESMER to execute sophisticated automated detection and mitigation strategies that stop, redirect, land or take control of drones across a range of national security and defense scenarios. MESMER’s patented technology is built on open source software architecture. This ensures that MESMER can be seamlessly integrated into existing security and surveillance systems.

The system can be operated using a graphical user interface:

The MESMER v1.6 system can also be operated in Auto-Mitigation mode that does not require a manual operator to initiate drone mitigation.

Department 13 has a dedicated team working on the mitigation of newly available drones. Department 13 continually rolls out mitigation capabilities for new drones, in the form of software updates. The updates are available on a regular schedule, or at an interval that is agreed upon by the customer.

MESMER is flexible. It can be installed in ruggedized enclosures equipped with climate control for fixed sites (indoor/outdoor), or used for mobile applications.

MESMER can be used as a standalone system. Or, it can be integrated into Command & Control (security) systems, via RJ45 cable and standard IP-based networking.

Real-world scenarios MESMER has or could have assisted in: 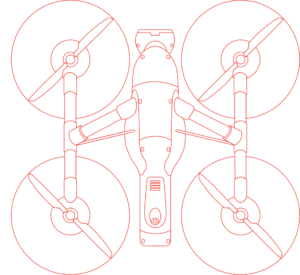 Why the name MESMER?

One of the first questions we get here at Department 13 is why we named our counter autonomous system product MESMER. MESMER is the name of a German physician, Franz Friedrich Anton Mesmer, who lived from 1734 to 1815. Franz Mesmer became famous for his theory that all living creatures emitted an energy field called ‘mesmerism’. Mesmer believed that each person’s mesmerism could be influenced by other persons. Mesmer’s ideas are often compared to the Chinese medicine concept of Chi (Qi), and also hypnotism, a technique derived from Mesmer’s initial practices. When we started to develop Department 13’s platform capabilities to perform protocol manipulation, we considered it analogous to hypnotism where we attempt to confuse or bend a targeted drone to do our bidding. Eventually, we named it after the grandfather of hypnotism: Mesmer.

How do I purchase MESMER?

MESMER is available for purchase and will suit a wide range of applications (such as fixed installations and mobile security). Department 13 understands the drone economy and client requirements for adaptable and reconfigurable equipment that can be regularly upgraded to manage new drone threats. With every MESMER purchase, Department 13 offers software maintenance (with regular software upgrades), and software renewal options. Department 13 also offers training and servicing options that support a turnkey solution.

MESMER is currently available to some US and Australian Federal Government agencies and internationally. Please reach out to us with your sales and/or leasing requirements.

Get in Touch with our Sales Team

Submit your information below to download the latest product summary brochure and additional information.

Department 13 is an innovative drone technology company delivering turn-key systems and solutions to enterprises and government around the globe.

You have Successfully Subscribed!